Magazine for ports, shipping and logistics
Change as a constant
Portrait

Since it was founded in 1990, Samskip has continuously expanded its service portfolio. The company, which started by providing logistics services around the island of Iceland, now offers transport and related services on water, land and air –all around the globe. In the Baltic States as well.

Thirty-one years ago, Samskip started its operations with a handful of employees with the aim of establishing container services to and from Iceland and the Faroe Islands. Today, it is one of the largest European transport companies with around 1,700 employees and branches in 35 countries. “We have grown continuously over time – both internally and through strategic acquisitions,” explains Sönke Thom, Head of Baltic States & Central Asia Services at Samskip. He sees the acquisition of the Dutch multimodal transport company Geest North Sea Line and the associated entry into the British market along with the takeover of the Van Dieren Maritime Group including the already existing rail transports to and from Scandinavia as the most important acquisition milestones of the past years. Samskip is headquartered in Rotterdam and, according to its own information, moves around 800,000 TEU a year, with the container inventory for the multimodal sector currently comprising 17,000 units.

“In principle, Samskip is based on four main pillars,” states Thom. “These are, on the one hand, integrated logistics across the North Atlantic, from which we originally emerged, and, on the other, multimodal transports, where we not only try to find a cost-efficient, but also an environmentally friendly solution by optimally combining short-haul, road, rail and inland waterway services. Our service package is rounded off by global logistics including temperature-controlled goods and European project shipments,” explains Thom. Thom is responsible for multimodal transports to the Baltic states of Estonia, Latvia and Lithuania, as well as Finland.

They form the onward carriage to the Samskip Baltic Container Express (SBCX), which takes in cargo from all over Europe and serves the main ports of Hamburg and Rotterdam at least once a week before continuing on to the ports along the Baltic coasts. Samskip operates this liner service together with long-standing feeder partners and vessels carrying between 900 and 1,700 TEU. Via Riga, Klaipėda and St. Petersburg, they deliver the goods for the entire Baltic Sea economic region, which are then transported on to Moscow or Central Asia using the desired mode of transport. Samskip has its own branch offices in the destination ports and countries referred to, which then implement the corresponding transport solutions. The company also has its own fleet of trucks in the Latvian capital of Riga, which covers the Baltic region. 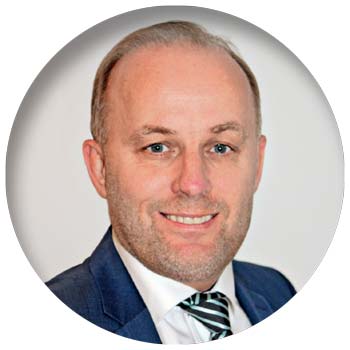 “We have grown steadily over time”

The logistics services from Samskip cover the entire range of transport modes – from short-haul and road activities to rail and inland waterway services. According to the company, it moves around 800,000 containers a year.

Increased focus on the environment

Samskip uses the SBCX to ship an entire range of goods – from food and high-tech products to agricultural and forestry products. “In the export segment, the cargo volume focusses on products that are manufactured in the Baltic region. Traditionally, forest products, paper and peat in particular pass through the quays there to all over the world, while, in return, mainly vehicle parts, machines and food are imported,” states Thom. Although he has observed the intensive impact that the corona pandemic is having on the local economy in the Baltic states in recent months, at the same time, he has also continued to record stable flows of goods from the Baltic states and Russia at a good level. However, things don’t always go as planned in the maritime industry either. In the summer of 2019, Samskip began a new weekly container service that was supposed to connect the ports in Cuxhaven and Hamburg with various shortsea markets between Norway and the Baltic states. However, this had to be discontinued during the pandemic. “The market did not accept this option in the way that we wanted because of the alternative overland routes available between Norway and Lithuania,” states Thom.

In recent years, the manager has identified the most important developments in his markets as being the increasing environmental orientation of customers and a strong trend towards digitisation. “More and more companies have green shipping on their agenda and are asking us to find a solution which releases as few emissions as possible. However, even if the environmentally friendly option only takes a little longer than the fastest option, some people’s environmental awareness quickly reaches its limits,” Thom reports from his experience. According to the information he has, the goods usually take about four days to travel by sea from Germany to Klaipėda and Riga, and five days from Germany to St. Petersburg, before they continue their journey by multimodal transport. He is also seeing an increasing demand for digital options for controlling goods on their way from the manufacturer to their final destination. EDI solutions for electronic data exchange and new company customer portals are currently very popular. (bre)