No, AMISIA has nothing to do with amnesia. Rather, the term stands for “Advanced Port Maintenance: Intelligent, Sustainable, Innovative and Automated Dredging”, a new research project to develop a highly automated dredger.

To ensure smooth shipping traffic, the 67m-long hopper dredger called “Anna” regularly carries out maintenance work in the Port of Emden on behalf of NPorts. The siltation prevention procedure the ship has been using for many years in the tidal port is called ‘recirculation’. This process passively brings the silt into contact with atmospheric oxygen, which stimulates the microbacterial processes that keep it in suspension. In this way, we can delay the material settling on the bottom, which ensures that ships can pass through the port at all times. Another advantage is that, since 2002, this has eliminated the need for extraction dredging and subsequent dumping or land disposal.

Use of digital navigation

The maintenance experience gained at the Port of Emden and the recirculation process is now to be transferred to the design of an autonomous dredger as part of the IHATEC-funded research project AMISIA. “We aim to make sediment management in the Port of Emden both more environmentally friendly and more productive by using digital navigation and automated systems. In doing so, we are starting with an absolutely open-ended approach,” explains Martina Ritter, Project Manager at NPorts and responsible for administrative project management at AMISIA, outlining the task. “Our considerations are based on the assumption that we already have almost all the necessary technologies, we just need to combine them in the best possible way,” adds Matthias Steidel, Research Associate at the German Aerospace Center (DLR) in the Institute of Systems Engineering for Future Mobility.

Three automation stages are to be developed and field-tested before the end of the three-year AMISIA project period in September 2024. Stage one, in which the ship is navigated from on board, precedes stage two, in which the ship is steered from shore. In these phases, a person remains on board at all times to intervene if a problem occurs. In stage three, the ship will be automated to such an extent that it can react independently to any problems that arise. Each stage will be examined to see the extent to which the procedure being tested is best suited for use at the Port of Emden. A special research vessel will be used for testing and simulating these three automation stages.

“A central element in this automation process will be remote control,” explains Steidel. In addition, assistance systems will take over most navigational tasks, while experienced shore-based navigators with monitoring and remote control capabilities will take the safety aspect into account. The research vessel to be used for the test runs already has the necessary technology, such as collision avoidance sensors and path guidance systems. “At the end of this process, we could envisage a ship that carries out dredging largely automatically, controlling the distance to quay walls and other objects in the same way as vehicles in the automotive industry already do,” says Steidel. Indeed, he has technologies such as LIDAR in mind and believes this method of measuring distance and speed can be used to detect objects on the roadway, such as obstacles or vehicles ahead, as a supplement to radar, even under difficult environmental conditions. “An important aspect in this project for us is to make the automation safe and reliable. This is why we’re also developing methods that will be verified using simulations and in field tests with research vessels,” Steidel emphasises.

Energy demand put to the test

In addition, the AMISIA concept envisages alternative ship propulsion methods so as to be able to make maintaining the floating dredger less CO₂-intensive in the future. “The project team is analysing the range of propulsion alternatives without bias,” explains Ritter. “It stretches from green gases to methanol to hybrid solutions of combustion engine and battery power, but they’re also considering an all-electric drive,” she adds. Extensive tests are still necessary to formalise these ideas, however. This should show how high the actual energy demand of an autonomous ship of this kind must be.

The AMISIA grant is for 3.23 million euros, of which 78 per cent is funded by the Federal Ministry of Transport and Digital Infrastructure (BMVI) via IHATEC funding programme. TÜV Rheinland Consulting is sponsoring the project. NPorts is working with two affiliated partners on the project. Among other things, the DLR is creating a concept for automating the dredger, while Mareval is taking on the shipbuilding design and the concept for automating the recirculation.

The project will result in a combination of a working vessel and future-proof operational concept that “provides insights that can also be used beyond the Port of Emden.” At least, that is how NPorts Managing Director Holger Banik put it at the start of the project in September last year. This would be another step towards sustainable port maintenance, which would also show that AMISIA has nothing to do with memory loss, but much more with gaining knowledge. (bre) 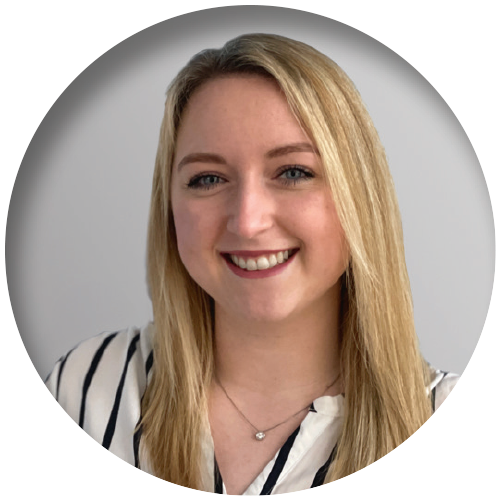 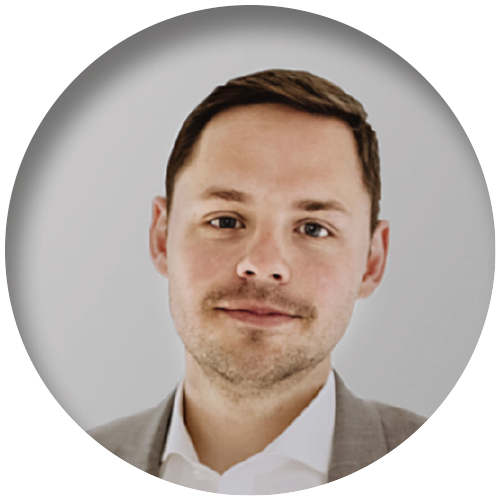 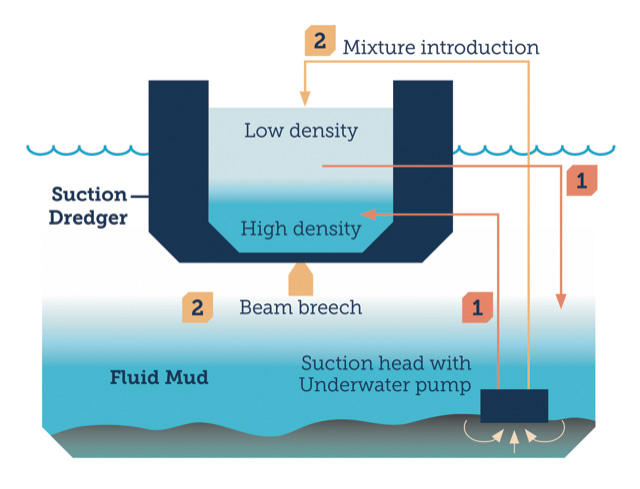 In the recirculation process, fluid mud is mixed with atmospheric oxygen in the hold of a dredger. This continuously maintains oxygen-
rich conditions required by the bacteria in the fluid mud to produce slime. This slime production, in turn, maintains the soft consistency
of the fluid mud. The process ensures that the sediment does not settle to the ground, but remains suspended so that ships can pass through it at all times.