Magazine for ports, shipping and logistics
Cutting a “Bella Figura” with long socks
Behind the Scenes

Italians enjoy a widespread reputation for their impeccable fashion sense. This also extends to professional spheres. As well as the right outfit, those wishing to do business there should come prepared with a healthy appetite and allow plenty of time.

Credits: ISTOCK/LEO PATRIZI, PIOLA666, PRIVAT
What should be in your suitcase for an upcoming business trip to Italy? “For men, the musts are: a suit; closed-toe, clean shoes; and socks – but these should be long, not short,” said Cecilia Arri, Mental Coach and Intercultural Coach from Bremen. And the Italian-born coach knows her stuff. After graduating and gaining several years of professional experience in the automotive sector of her home country, she moved to Germany for work in 2001, where she has since been working as a coach for many years. As well as short socks, in her experience, short-sleeved shirts are also ‘out’ when it comes to business meetings in the Italian Peninsula – especially in combination with a tie. For women choosing their outfits, one thing to keep in mind is that when it comes to gender norms, “women in Italy tend to don slightly dressier attire than those in Germany.”

With the greeting “Buongiorno, come sta?” she recommends the tried-and-tested handshake and advises – counter to some business guides – against two kisses on the cheeks. “That’s true at least for the first meeting. After that, you can see how the relationship develops. If it’s going well, then kissing both cheeks may be appropriate on the second or third occasion,” explained Arri. Speaking of development: Italian convention also requires opening pleasantries with a fair amount of small talk before getting down to business. Here, it doesn’t hurt for the German visitor to avoid overly formal introductions in favour of open conversations about their family or hobbies, for example. “Italians do not dictate such stark separations between professional and personal topics as in Germany. People are simply more open over there,” she continued. Good conversation starters also include good food, football and holidaying – whilst it is wise to avoid talking about the Mafia,the differences between northern and southern Italy or salaries. The coach stresses, however, that this recommendation – along with the rest of the statements in this article – comes from personal experience and is not intended as a generalisation.

“For your first visit, you should definitely allow plenty of time and come with a healthy appetite,” said Arri. That’s because Italian-style negotiations often involve a lot of breaks. Likewise, you will always eat together during a business meeting. “If you have a morning meeting, you should avoid eating a large breakfast and definitely plan for lunch with your business partner to be on the agenda; the same goes for dinner during an afternoon meeting. In Italy the eating culture is more predominant, whereas in Germany it’s the drinking culture,” she added with a smile. She also pointed out some more customs typical to southern Europeans. For one, hierarchies are observed more there than in Germany, whereby people’s respective titles, e.g. ‘Dottore,’ should be included when addressing them. What’s more, it is helpful to regularly check whether statements made have been understood correctly in order to rule out possible language-related misunderstandings and any disagreements down the line as a result. Positivity is another helpful tool when it comes to business talk, since complaining is often considered a negative character trait in Italy. On the other hand, your hosts will generally find the occasional interruption during a discussion less offensive than this would be perceived in Germany – indeed, they may also do this thanks to their southern-European temperament. “Of course, not all 60 million Italians are passionate and expressive. That said, it won’t exactly be rare to meet lively, humorous people who like to communicate with their hands and feet in my home country,” the Turin-born coach explained with a little self-irony.

Superstitions around Friday the 13th and 17th

When it comes to business appointments, Arri advises against scheduling these on the 13th or 17th if this falls on a Friday. These numbers are seen as bad luck. It is also not appropriate to wrap gifts in black or purple, as these colours are often associated with funerals. With some locals, there is also potential to make a significant faux pas when bidding farewell – and ruin the ‘Bella Figura’ (i.e. good impression) you were hoping for. Whereas an informal ‘Ciao’ will suffice in Germany, in Italy, it is customary to reserve this for friends only. In business contexts, the formal ‘Arrivederci’ is much more appropriate here. However, as above, your interactions with one another often change as the business relationship develops – similarly to how you may move from using ‘Sie’ to ‘Du’ in German. So there’s no difference to Germany there! (bre) 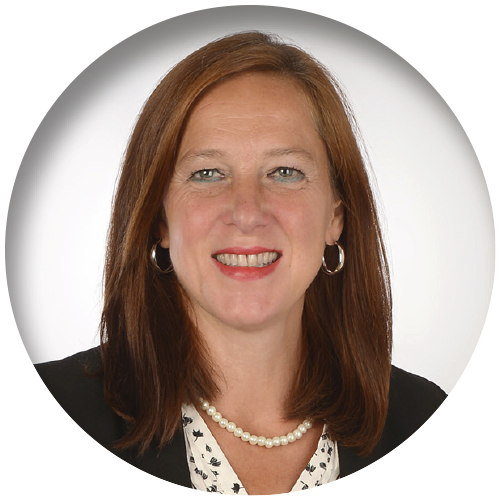 “Italians do not dictate such stark separations between professional and personal topics as in Germany.”