Magazine for ports, shipping and logistics
Trimodal competence in the ‘wet triangle’
Portrait

The name says it all: Trimodal Logistik handles the transport of goods between Bremen, Bremerhaven and Hamburg using road, rail and waterway modes of transport – with a clear focus on inland navigation.

The starting signal was given in 2000 when the Bremen-based ACOS Group and EUOGATE Intermodal founded Trimodal Logistik, a company to pool their transport services in the so-called wet triangle. The project has been a success. Until today, the trimodal concept has not only held its own in the market, it has even grown continuously.

“Twenty-one years ago, we started out on the Weser with a handful of employees, seven ships and a capacity of 132 TEU. Today, twelve ships ensure that we can handle more than eight times that amount,” summed up Tim Böttcher, managing director of the two companies that now belong to the Rhenus Group, Trimodal Logistik and Norddeutsche Wasserweg Logistik (NWL). The Bremen-based company offers a wide range of services. These range from the complete pre-carriage and on-carriage of seaports, handling of project cargo on inland waterway vessels, direct truck transport and rail transport to the European hinterland. Clients are usually shipowners, forwarders and transport companies, many of them aim to optimise their logistics processes.

Trimodal Logistik’s main artery is a weekday inland waterway shuttle between Bremerhaven and Bremen with a capacity of 384 TEU. This loads and unloads the cargo in Bremen on Mondays, Wednesdays and Fridays, before the same procedure takes place in Bremerhaven on Tuesdays, Thursdays and Sundays. “However, we also dock at all other ports in Bremerhaven, such as Nordhafen or Fischereihafen, if required. A stop on the Weser, for example in Brake or Nordenham, is also possible,” said Böttcher. If customers also request road and rail transport or more distant destinations by water, Trimodal Logistik can also easily handle this from a single source via its shareholders and sister companies. For example, with EKB Container Logistik, which has taken over a 23.8 per cent stake in Trimodal Logistik as a third shareholder since April of this year. The same applies to NWL and Eurogate Intermodal, which hold 50.2 per cent and 26 per cent of the company shares respectively.

“The fact that we are all part of the umbrella company, Rhenus PartnerShip, is a real stroke of luck for Trimodal and NWL. This means that we, as smaller companies, can draw on the structures and know-how of the globally active Rhenus,” explained Böttcher. In his opinion, Eurogate Intermodal and EKB also fit perfectly into this conglomerate. “The inland shipping sector is not served by Eurogate Intermodal itself, so we complement their range of services perfectly. It is a similar situation with EKB. It is no secret that the truck is our biggest competitor. Together, however, we are able to optimise our transport service and offer more CO2-friendly solutions,” said Böttcher. The inclusion of inland navigation not only relieves the roads but also enables EKB to tackle new tasks with truck capacities that have been freed up. Thanks to the interaction with the shareholders and other partners, Trimodal Logistik is also in a position to offer customs and veterinary clearance, provision of depots, examination of exemptions and interim storage in the hinterland. 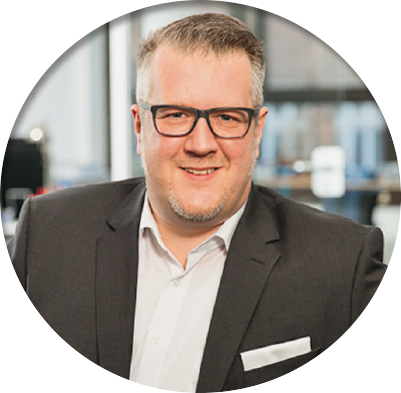 “We need to ensure that the dusty image of inland navigation disappears from people’s minds.”

For the next few years, Böttcher has set his sights first and foremost on “growth” as his goal: “We are striving to expand the timetable to give customers the option of daily loading from Bremerhaven and Bremen. To achieve this, we plan to dovetail the fleet of NWL, Trimodal Logistik and the Weser-Mittel-land-Containershuttle (WMCS) more intensively.” Other items on his future agenda include increased digitisation of his company and a change in the image of inland navigation. As far as the current state of digitisation is concerned, Trimodal Logistik has long since been feeding its operational data such as loading/discharge lists and stowage plans directly into the system of the terminals in Bremen and Bremerhaven. In addition, the “MOIN” funding project was recently completed with the Institute of Shipping Economics and Logistics (ISL). There, the focus is on further digitisation of inland waterway transport and the expansion of the communication interfaces between the customer and the service provider, the service provider and the container terminals, as well as the design of a tracking and tracing system.

Böttcher formulates another matter close to his heart as follows: “We have to make sure that the dusty image of inland navigation disappears from people’s minds. After all, in terms of speed and reliability, we don’t have to hide behind other modes of transport.” Among other things, he sees better adaptation of the processes at the terminals as an important milestone in making this mode of transport even more attractive. He also deems a prescribed modal split, such as that practised in the Benelux countries, to be helpful. “But this must also be wanted and supported by politics,” Böttcher pointed out. Then, with a view to the current climate debate, he follows up with a fiery plea for “his” mode of transport: “Inland navigation is one of the most climate-friendly modes of transport. I see great growth potential here, as roads are increasingly congested and rail routes are limited.” (bre)