Magazine for ports, shipping and logistics
New paths for bills of lading
Digitisation

The digitisation of bills of lading has been in the works for years. Thus far, however, the solutions have always had a catch. Two research projects, “eCONBiL” at the Bremerhaven University of Applied Sciences and “HAPTIK” at the University of Oldenburg may change all that now.

Every year, B/L goods shipments with a total value of 3.8 billion US dollars are safeguarded.

For a long time, the centuries-old system of bills of lading has been closed to digitisation. After all, the requirements are great: a solution is being sought that is internationally accepted, on the one hand, but at the same time secure and simple. And although many processes have also been digitised in shipping in the meantime, the breakthrough in ocean freight bills of lading still seemed a long way off until recently. Therefore, what is hardly imaginable for some is still possible: In the case of letters of credit, which form the basis for international trade and payment transactions, it is still the rule today that a B/L, as a bill of lading is abbreviated, is brought by courier, for instance, from the port in Bremerhaven to the bank in Bremen, flown from there by plane to Shanghai and then transported by car to a bank and then to the recipient in the port to release the container. What is obvious is that this is complex and neither efficient nor sustainable.

Accordingly, the industry has been endeavouring to digitise bills of lading for decades. As early as 1990, for example, the Comité Maritime International (CMI), a non-governmental organisation for the harmonisation of the maritime law, developed the necessary rules. However, since their application would have to be agreed separately by the contracting parties, this has not yet become established. The same applies to cloud-based solutions from individual shipping companies and the systems from various providers on the market, which have also found little acceptance to date due to their closed nature with regard to the companies connected to them.

A neutral approach, which should be open to all market participants, is being pursued in the joint research project “HAPTIK”, short for tradability of physical goods through digital tokens in consortium networks, under the direction of the Center for Law in the Information Society (ZRI) ) at the University of Oldenburg. The project is funded with a total of 1.4 million Euros by the German Federal Ministry of Economy. Since 2013 and until the end of 2021, the researchers worked on replacing cargo-specific transport documents with electronic equivalents using a blockchain, i.e. a decentralised database.

The way in which the use of digital solutions such as blockchain for digital sea freight documents affects the environmental balance is being investigated in the “eCONBiL” research project at the Institute for Logistics Law & Risk Management (ILRM) at Bremerhaven University of Applied Sciences, which follows on from the “HAPTIK” project. Under the leadership of Thomas Wieske, a professor of law at the university and director of the ILRM, the project group has been working on the electronic dispatch of documents under the aspect of CO2 since 2019. Also involved are the international SAP service and product provider Abat from Bremen, Kühne + Nagel as a pilot user as well as DZ Bank, which operates as a letter of credit bank in international business, and Kravag, which belongs to R+V Versicherung, as a risk carrier in the transport industry.

First, Bremerhaven analysed how great the environmental impact of B/Ls currently is. The outcome: “The CO2 emissions for sending sea freight bill of lading documents are comparable to those of a medium-sized small town in Germany,” reports the research assistant on the research project, Julian Neugebauer. However, it is not necessarily the case that every solution based on the blockchain would be better than the analogue transfer of some 400 million sea transport documents in paper form each year. The electronic replacement of sea freight bills of lading, for example by means of the Bitcoin blockchain, which became known primarily through the cryptocurrency of the same name, but also facilitates other applications, leaves a significant CO2 footprint. “This is mainly due to the fact that the calculation processes required for carrying out transactions within the framework of blockchain technology require a lot of computing power, which in turn causes CO2 emissions,” explains Neugebauer. Research by the online platform Digiconomist in 2020 shows the dimensions in which these move: Bitcoin mining alone requires more electricity each year than Austria as a whole. 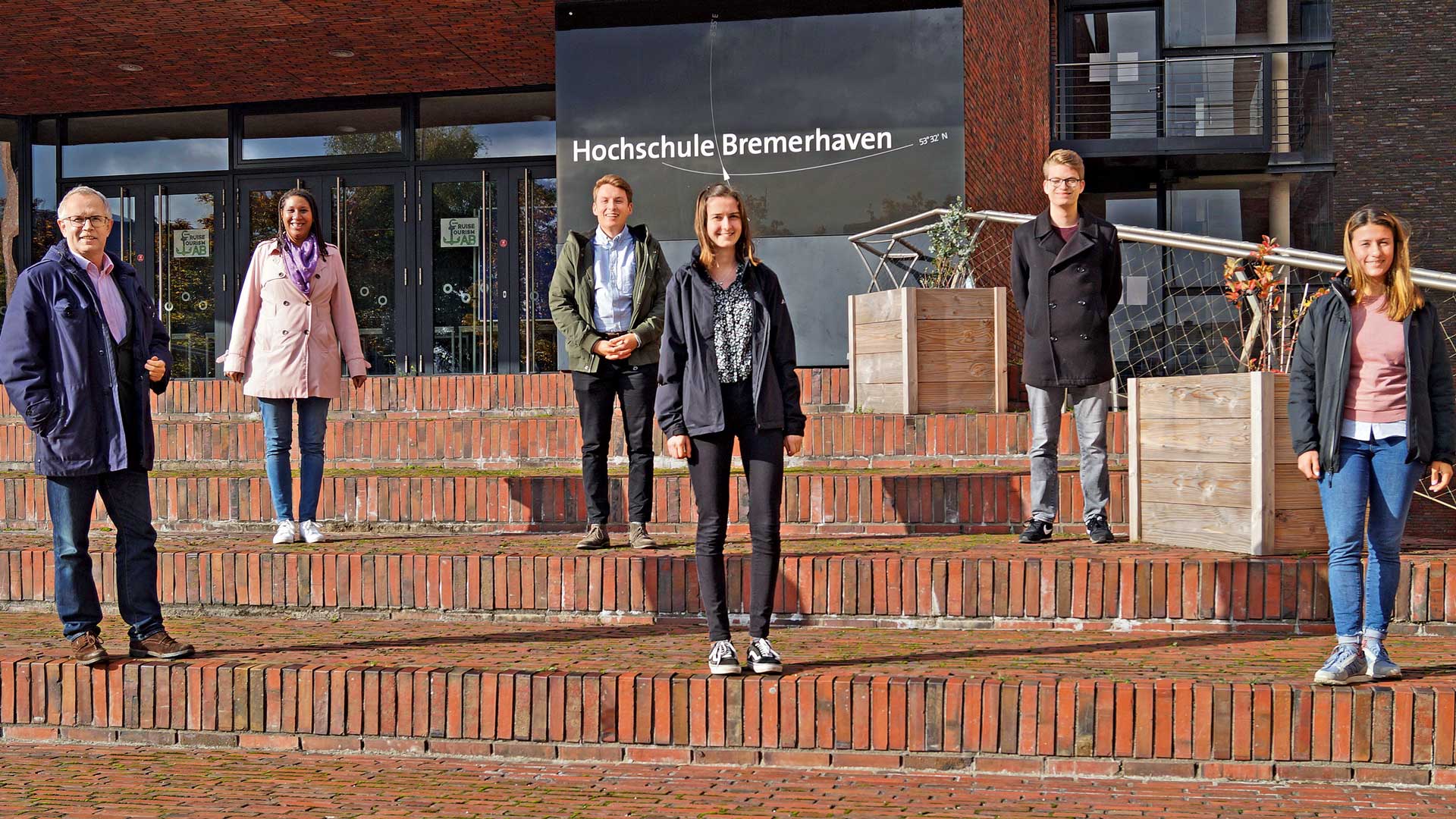 Along with his team, Prof. Dr Thomas Wieske (left) wants to strengthen the ecological model function role played by Bremen’s ports within the scope of the “Electronical Consignment Note and Bill of Lading (eCONBiL) – Sustainability in Seafreight” research project at Bremerhaven University of Applied Sciences: Donna Kuhn, Julian Neugebauer, Konstanze Kröhn, Malte Garmhausen and Nataly Jimenez (from left to right).

The goal is 20 tonnes of CO2 each year

“Our project is about determining whether the digitisation of sea freight documents also makes ecological sense,” summarises Wieske. Previously, Neugebauer had already investigated how many emissions are caused by analogue and digital transfer in his bachelor’s dissertation, taking the Maersk shipping company as an example. “By analogy, it’s about 130,000 tonnes of CO2 per year plus emissions from transportation, but with the Ethereum blockchain, it’s one to two million tonnes,” states Neugebauer. Nevertheless, the use of the blockchain for the transfer of sea freight bills of lading could make sense. “If you develop the blockchain further, it could be 90 tonnes of CO2 per annum in the worst-case calculation, but in the best case only two tonnes,” reports Neugenauer. This result represented the first important milestone in May 2020. “The solution to this may be the ‘Hyperledger’ project,” explains Wieske. “This blockchain technology, which has only been developed in the past year and a half, could reduce CO2 consumption by one-thousandth to one-tenth of a thousandth compared to analog document shipping.” The research goal now is to demonstrate, both mathematically and practically, by September 2021, that consumption of around 20 tonnes per year is realistic.

In the further course of the project, the project partners will investigate what an ecologically sensible technology of this nature should look like and under what conditions its sustainable electronic implementation can be ensured. Finally, among other things, the solution must be scalable and allow for a sufficient number of transactions, as well as be able to restrict access to authorised persons only and allow the communication that takes place over the servers to be fully encrypted. “The goal of the project is to find the right technology so that the carbon footprint for the electronic implementation is significantly smaller than that of analogue processing by courier,” Wieske emphasises.

Besides the calculation methods and recommendations, the technology will then be built and tested in cooperation with the project partners. “The fact that we also have industry partners supporting us with their expertise will help us put the implementation on a larger footing,” Wieske hopes. We have already some enquiries from trading companies who have expressed their interest. “Our goal is to implement the results of this research project in a follow-up project,” states Wieske. Ideally, a few international partners from different industries would then be added.

Another advantage should also be compelling: Digitisation could reduce the costs per B/L record or letter of credit transaction by at least 50 Euros, which corresponds to total savings of around 300 to 450 million Euros. So it is unlikely that bills of lading in paper form will be around for much longer. The traditional letter of credit is also moving with the times and should become both cheaper and much more sustainable in the near future – thanks to the expertise of the researchers from Bremerhaven and Oldenburg. (cb) 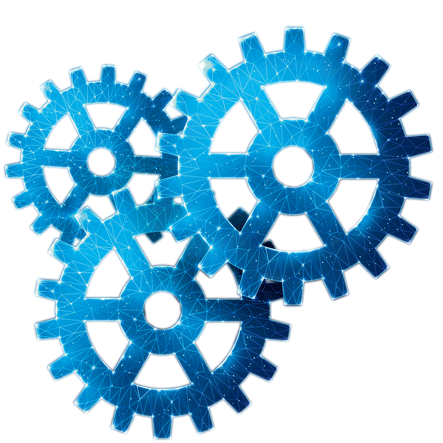 How does a blockchain actually work?

Blockchain technology allows transactions to be carried out without an authenticating authority, such as an intermediary, bank or notary. Filing identical digital certificates at different nodes in a network creates a distributed database that can only be changed with the consent of the respective network. Very different blockchains exist, of which Bitcoin is the best known. Hyperledger is an open source project from the Linux Foundation which businesses can use to build their own blockchain based on the modules.