Magazine for ports, shipping and logistics
Under the orange flag
Portrait

The corporate colour of Gebrüder Weiss has been orange since the 1930s.

With the acquisition of Ipsen Logistics, the international freight forwarding and logistics company Gebrüder Weiss has repositioned itself in Germany. The locations in Bremen and Bremerhaven will continue to be of particular importance to the maritime freight business.

Just like moving home privately, the change to living under a new company roof brings some change with it. The same applies to the acquisition of further parts of the operational business belonging to Ipsen Logistics from Bremen. “In this case, however, “new” should be understood in a figurative sense. After all, Gebrüder Weiss from Austria, which was first mentioned in a document 500 years ago, is the oldest forwarding company in the world.
Since October last year, eight German locations with 280 employees in Bremen, Bremerhaven, Hamburg, Hanover, Dusseldorf, Frankfurt am Main, Stuttgart and Munich have been operating under the name Gebrüder Weiss. The expansion of the Vorarlberg-based group with its main business segments of land transport, air and sea freight as well as a number of highly specialised industry solutions by adding corresponding subsidiaries is not really surprising: “The acquisition of Ipsen Logistics follows a longer-term strategy for our Air & Sea business division,” explains Johannes Trautmann, Air & Sea Country Manager Germany.

Germany is an important market in Europe, particularly for Asia (mainly China), and North America (mainly USA). In comparison to this key factor, before the merger, the organisation, with its five German locations with 100 employees in Hamburg, Dusseldorf, Frankfurt, Stuttgart and Munich had not been large enough to generate enough volume.

When the team from Gebrüder Weiss was introduced to Ipsen Logistics, it became clear relatively quickly that the globally active SME with its logistics and distribution solutions for sea, air and rail freight could be a good fit. “After the due diligence, discussions began during the first lockdown in the spring of 2020,” the country manager reports. Then everything happened quickly: The purchase took place at the end of July and the antitrust authorities gave the go-ahead for the takeover in October. “Since then we have tripled the number of employees and shipments,” states Trautmann happily.

After the ink had dried on the sales contract, the second part the transaction was at least as important: the integration. There were many hurdles to overcome and even more mistakes to be avoided. “On the day of the official announcement, the management also informed the workforce,” the country manager reports. “We went straight to the branch offices and started integrating the employees.” The buyer had an enormous advantage: the two former managing directors Peer Oldenburger and Dirk Eller both remained on board, which also had a corresponding signal effect for the workforce. 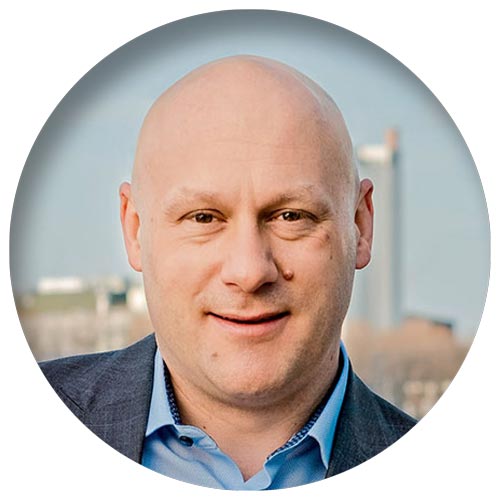 “The staff units are still in Bremen, our second largest location, even though we are very decentralised in Germany,”

In order to support the integration optimally, both in technical and human resources terms, an internal integration team was formed that is primarily responsible for communication, marketing and sales. “Especially in times of pandemics, it is important to communicate very openly and proactively that we need rally each and every employee and that the reason for the purchase is a growth strategy,” Trautmann emphasises. . It also quickly became apparent that a very similar understanding exists as to how customers are dealt with in both corporate cultures. “It is very important for the employees at Gebrüder Weiss to take their time and study their customers well and intensively. That also matches the standard concept of service that Ipsen employees have as well.”

Replacing the entire IT infrastructure not only represented a challenge, but also introducing a new transport management system (TMS) within just one and a half months. “We received great support on this from the head office in Austria, but it still wasn’t easy doing all the training by video,” states Trautmann.

Bremen has a central function

The office on the banks of the River Weser still has a special meaning: “The staff units are still in Bremen, our second largest location, even though we are very decentralised in Germany,” emphasises Trautmann. Accordingly, the country manager also finds himself in Bremen once a week, provided that the pandemic allows for it. “We have acquired a great deal of know-how, especially in the heavy haulage segment, which we did not have in Germany before.” A team of experts manned by four staff and a national High and Heavy department have now been established so that all the locations can benefit from this.

“Our goal is to increase volume in individual freight segments, and we want to take advantage of economies of scale in purchasing and product selection. Ipsen was a member of several purchasing groups – we basically purchased that membership too,” states Trautmann. The course of growth in Germany is therefore to be continued organically. However, there is still the matter of conveying the Gebrüder Weiss corporate culture. “However, that is difficult to do with Microsoft Teams and email software,” regrets the Country Manager. “At Gebrüder Weiss, we are known for our personal networking and close contacts, but we can only present that in partial terms at the moment.” The “Orange Hour”, a regular video conference involving all Air & Sea employees in Germany, representants an attempt to compensate for this. What we would have actually liked to have done is organise a summer party and a “cabbage walk” in Bremen in the wintertime.” Fortunately, the cultural differences between the two countries are not so great. However, there was one important change: Under the new old roof the familiar “you” form is now used. (cb)